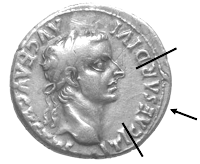 In Luke 20:23-25 Jesus requested a coin and then asked the crowd, "Whose image and inscription are on it?” They replied that it was “Caesar’s.” Several types of coins were in circulation at that time that showed an image of Caesar, with the one displayed here being a typical example. It contains the image of Tiberius Caesar who reigned 14-37 AD, the time of the ministry of Christ. The text on the silver coin is written in Latin, and the coin itself is now in a private collection. Click on "Read more" below to see the reverse side of the coin. 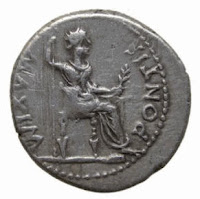